Located in the southwestern Shanghai and bordering on Huangpu River, Shanghai Turbine Works Co., Ltd. has a floor area of one sq. km. or so, of which plant area is about 0.21 million m2. It has 1,300 sets of major equipment, including 240 sets of unusual, heavy, precision equipment. The Plant boasts sound technical force, consummate process, advanced equipment and complete processing services as well as advanced metering, physic-chemical and testing methods, and it possesses several laboratories, computer center, automatic control centers, etc. Now it has 3,000 or so employees, of which the engineering and technical personnel account for 20% and senior engineers 39.3%. It specializes in the design and manufacture of thermal power steam turbines, nuclear power steam turbines and heavy gas turbines, and also produces other power machines such as marine steam turbines and wind-driven generators. Its products gain over 35% market share at home, and they are also exported to Pakistan, Iran, Turkey, Burma, India, Indonesia, Vietnam, Bengal, etc.

The predecessor of the Plant was the Resource Committee General Machinery Co., Ltd., which was founded on March 28, 1946. After the founding of New China, the company was renamed the SEPG Steam Turbine Plant by the state on August 30, 1953. As the first Chinese enterprise devoted to the design and manufacture of steam turbines, it was reputed as “the Cradle of China’s Steam Turbine”. In December 1995, the SEC and the Westinghouse established the SEPG Steam Turbine Co., Ltd. through joint venture, held by Chinese party. In 1999, the Westinghouse transferred stock rights to the Siemens, and so the SEPG Steam Turbine Co., Ltd. became one of the global partners of the Siemens. Now as a key subsidiary of the SEPG, founded by joint contribution made by the SEC and the Siemens, the company was called “the STP” for short.

Since 1953 the STP has run its course for 57 years. The STP witnessed the history of manufacture of power generation equipment of the Republic. The Plant went through three developmental stages: in 1950s, it produced the first Chinese steam turbine; in 1980s, it manufactured the first Chinese imported 300,000KW steam turbine; and it quickly developed into the large scale enterprise with largest volume of production in the industry over the world through joint venture cooperation. Presently the STP has been the first enterprise in China passing ISO9001 Quality System Certification, ISO14001 Environmental Management System Certification and oHAMS18001Occupational Health and Safety Management System Certification. In addition, it has passed ASME Evidence Obtaining and Joint Inspection, obtained ASME “U” steel seal and received the passport to the world.

Nowadays, the STP people are taking the event that General Secretary Hu Jintao visited the Plant in person as the driving force, focusing on national strategies, actually carrying out the Scientific Outlook on Development, firmly building “the internationalization concept, legal sense and the concept of running an enterprise in a hardworking and thrifty way” with the courage of leading the industry, leading modern manufacturing industry and leading modern industry, endeavoring to improve its capacity to earn profits and ability to compete, creating “a century-old shop” in a good and fast way and striving to make new contribution to development of Chinese power generation equipment manufacturing industry.

Shanghai Caojing Power Plant is located in Caojing Town, Jinshan District, adjacent to Hangzhou Bay, about 50 kilometers away from the center of Shanghai. Two 1000MW ultra-supercritical coal-fired power generating units operated by China Power Investment Corporation and Shanghai Electric Power Co., LTD are the earliest 1000MW ultra-supercritical units in China. And it has been put into operation for 10 years at present. 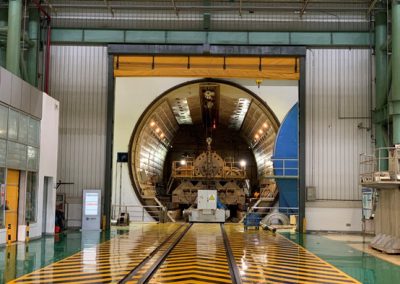 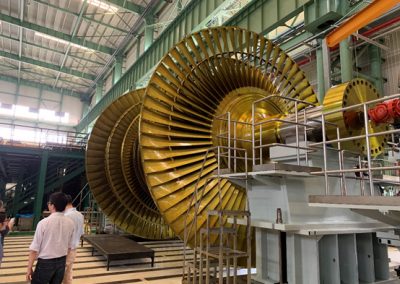 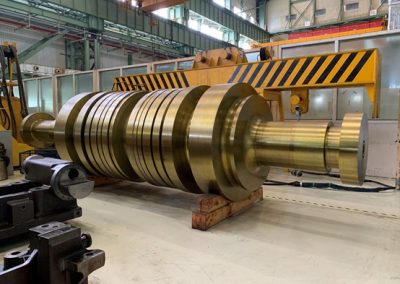 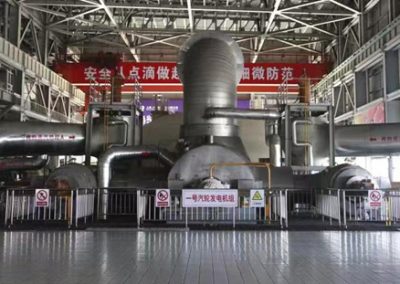 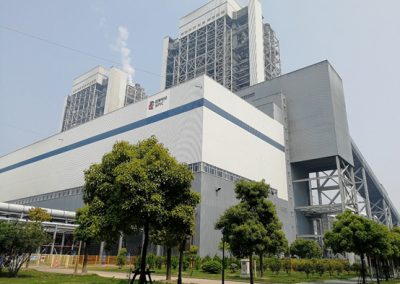 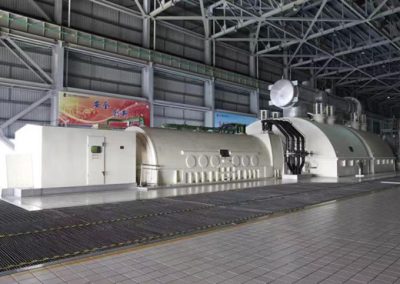